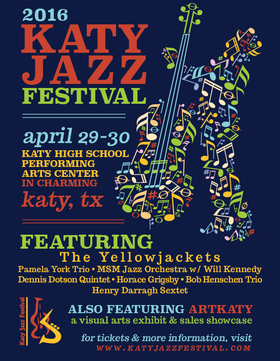 Congratulations to Suzanne's Band on the success of "One Night of Christmas" single. It received substantial internet radio airplay.  "Back to You", the new 10 song project, scheduled for release on Jan.17.

*********Congratulations to Dan Penn and the late James Carr for "The Dark End of the Street" making it into the 2016 Grammy Hall of Fame!  I had the pleasure of mixing the James' Carr  cd, "Soul Survivor"  some years ago for Producer/label owner, Quinton Claunch.  Tremendous talents!

Check out On A Good Day, Suzanne's Band"s new video on YouTube. Released 5-22-20

Check out K Phillips on Facebook Live. Some were live from ATR Studio in Katy, TX.  FYI, just received the new Rupert Neve Designs headphone amp. Wow is all I can say!

Well, I hope everyone is healthy and safe!  As you probably figured every session has been put on hold. Still very much in the middle of theReed Brothers next release. Same with the Spencers from Tulsa, OK. Congratulations toSuzanne's Band! Still getting airplay! Practice your instrument, write great songs!  Til next time!

The Recording Academy Memphis Chapter and the Producers & Engineers Wing will present aGRAMMY Pro Studio Summit at Esplanade Studios in New Orleans on Tuesday, April 26, 2016. The summit will feature a Keynote Conversation with Beatles recording engineer and GRAMMY winner Geoff Emerick. GRAMMY winner Elliot Scheiner will serve as our Honorary Studio Summit Chair. We will host a panel discussion, Demystifying Mastering with presenting sponsor Izotope and a panel exploring the Studio Magic of Allen Toussaint, members of his studio production team. We'll also have product demonstrations from a variety of gear manufacturers and a crawfish boil/closing reception.

For more information, contact the Reid Wick at 310.998.2644 or reid.wick@grammy.com.Type your paragraph here.

We at ATR Studio are pleased to announce the arrival of the ADAM Audio Sub15 15.5" Powered StudioSubwoofer. It is a beast! A nice addition to our Adam A77X monitors.

Congratulations to the Peterson Brothers on their performance at Crossroads! Well done!

In the studio mixing on the next Suzanne's Band 10 song project. Getting close!

Though it is not released yet, I am getting very positive feedback on the new K Phillips project. Thanks, again, to so many talented people involved, including the Reed Brothers and of course, KPhillips!

We recently added the Rupert Neve Designs Portico II Master Buss Processor to our arsenal. Wow is all I can say! Thank you, Rupert and your gifted designers for developing this incredible piece of hardware!

Also, the Rupert Neve direct box.....really, really nice. Thanks to Tristan and all of the incredible people at RND!

Thanks to Rob Thomas for his wonderful comments on hearing the new K Phillips project!

My condolences to family and friends of Jimmy Johnson. Jimmy was a member of the famed Muscle Shoals Swampers rhythm section. I first met Jimmy when I was in Muscle Shoals mixing James Peterson'sPreaching the Blues album for Malaco Records. When Jimmy came by the studio we sat and talked at great length about sessions he had either played on or engineered. Great musician, engineer and human being! He will be missed. We have lost a giant!

Nice interview with John in Houston! Will post later!